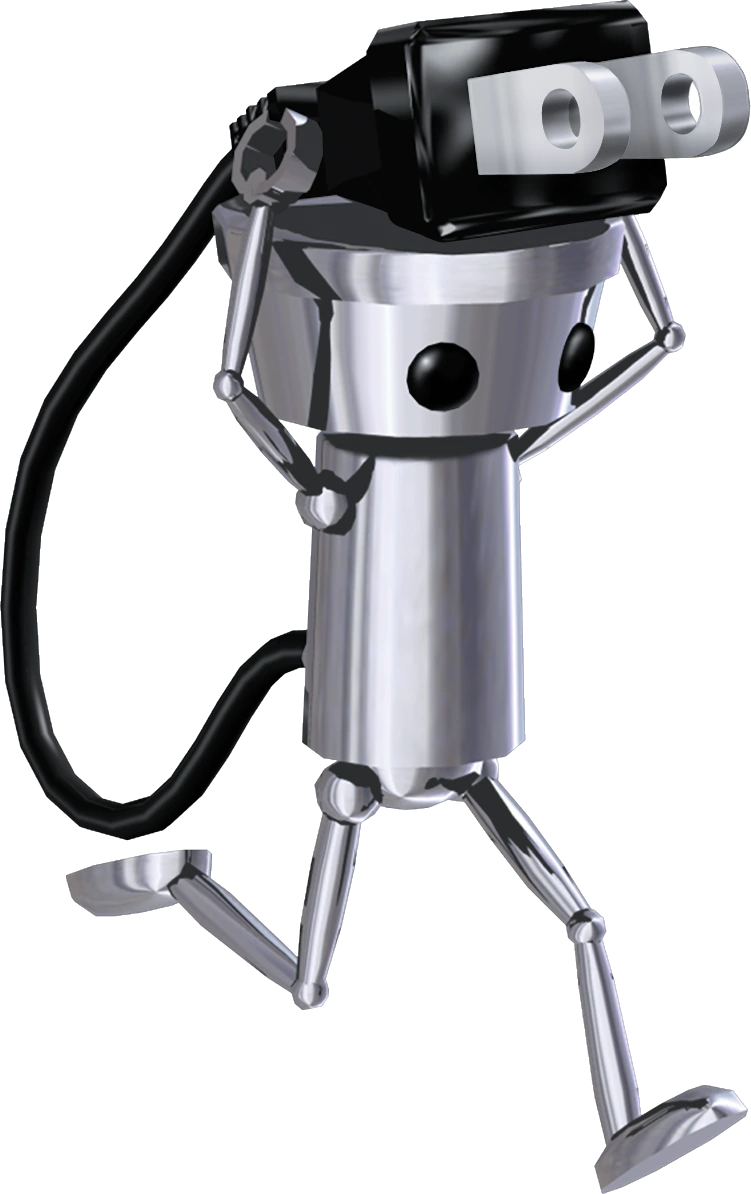 When Chibi-Robo: Plug Into Adventure! came out on the Nintendo GameCube on February 8th, 2006, I was 3 years old. I didn't have the motor skills or literacy to play it yet. What I did have, however, was two parents who loved this game dearly and let me watch them play it. From a very early age, I was enamored with the tiny world of Chibi-Robo and all of its colorful, charming characters.

It's not a far stretch at all to say that this game has influenced me quite a bit. The music certainly informed a great deal of my current music taste, and many of its eccentricities bled into my humor, my storytelling, and my art. When I was a little boy, I was always drawing Chibi-Robo and all sorts of Chibi-Doors (I'm dead serious!) on every piece of paper I could find. Even now, I find a bit of time every now and again to doodle my dear Cheebo and his cowardly but lovable friend, Telly.

I've seen this game to completion about 3 times by now. As of writing this, I am now 19, almost 20. My feelings about Chibi-Robo haven't really changed in concept-- I still adore this game, and now that I have basic literacy skills I am able to appreciate the story it weaves far more than I did as a little toddler. While I recognize that its platforming controls can at times be finicky, and the game tends to be somewhat cryptic... this is still one of my favorite games of all time, and something I see myself revisiting multiple times for the rest of my life.

And now you, dear reader, get to bear witness to my 17-year-long brainrot!

Chibi-Robo: Plug Into Adventure! centers around the household of the Sanderson family. The Sandersons are plagued with financial troubles, thanks to Mr. Sanderson's lack of job and love of purchasing toys. When his daughter's 8th birthday comes around, he buys her the new Chibi-Robo, a small robot whose goal is to bring happiness to everyone.

However, this purchase puts a dent in their accounts, which causes Mrs. Sanderson to become upset with her husband for his reckless spending (although she bears no ill will towards Cheebo herself). While they all still celebrate Jenny's birthday together, this causes a rift in their relationship that results in Mr. Sanderson being banished to the couch. As it is Chibi-Robo's job to make everyone happy, they and Telly set out to explore the house in search of solutions.

Along the way, they find that many of the toys in the house can talk, and they come alive at night. These toys impart onto them the history of the Sanderson family-- particularly, that Chibi-Robo is not the first robot to worm their way into the Sandersons' hearts. Before Chibi, there was Giga-Robo: who, as their name would imply, was much larger than Cheebo. Unfortunately, Giga-Robo's strain on the energy bill caused the Sandersons a great deal of financial strife. Knowing this, the large robot decided to shut down, and their lifeless body remained in the basement for many years.

The two newcomers decide that reviving Giga-Robo would certainly bring the most happiness to everyone, and together they start to gather energy to fill up Giga-Robo's battery once more. However, the house comes under attack by mysterious little robots called "Spydorz", which seem hell-bent on attacking Chibi-Robos everywhere. Chibi-Robo and Telly have a lot on their plate, but they will persevere! For the happiness of the family!

Unfortunately, Chibi-Robo: Plug Into Adventure! is no longer available to purchase at retail stores-- and due to its general unpopularity, it doesn't seem like it will see a remake on the Switch. There is a small chance that Nintendo may add it to a future GameCube emulator on the Switch, but I wouldn't count on it.

If you're looking to play Chibi-Robo on official hardware, eBay is the best place to look for a copy. Otherwise, though I would NEVER EVER suggest this (wink): you can find a ROM on Vimm's Lair, as well as a download link to Dolphin Emulator. Though, GOD FORBID, if you decide to go down this CRIMINAL ROUTE, you should really bring a controller.